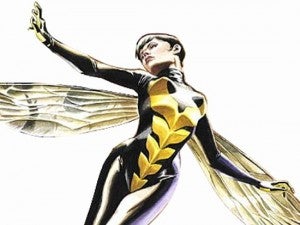 Joss Whedon recently participated in a Q&A at a screening of The Avengers at Hollywood's Director's Guild of America. According to Slashfilm, Whedon dropped some very interesting tidbits of information about some things that he almost included in the first Avengers movie. Some of this information could be spoilers for future Marvel Cinematic Universe movies, because Whedon hints some things might be used down the road. Before The Avengers lineup was officially announced, there were numerous rumors that The Wasp would be a member of the team. Whedon reveals that this rumor almost turned out to be true, because they were unsure if they were going to be able to get Scarlett Johansson for the film. Whedon said, "It was way too Wasp-y. Cause I was like, 'She's adorable!' I'm just gonna write her!'" It's very interesting that Joss Whedon almost included Wasp in the first Avengers movie, because that means he's probably got some material on the character already prepared, which could increase her chances of showing up in Avengers 2. It's also been rumored that Stephanie Szostak might be playing  Janet van Dyne in Iron Man 3, which could be a set up for her introduction as the Wasp in The Avengers 2. Whedon also reveals that he almost included a second villain besides Loki in the film. Even though Thanos was a second villain, he only showed up after the credits, so Whedon appears to be talking about someone who would have appeared in the main film along with Loki. Whedon battled Marvel on including the second villain, but they only wanted the one villain to be the focus. Whedon said, "But it took me a long time to accept that because I was like, 'they need someone to hit.'" Whedon didn't reveal who the second villain was, and he said, "I'm not gonna tell you that because that person might crop up another time." While Whedon's comments seem to suggest that the second villain was a new villain to the Marvel Cinematic Universe, there were a lot of early rumors that the Red Skull would be a second villain in The Avengers movie.