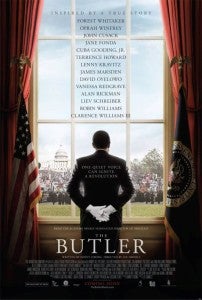 Yesterday morning, the analysts at Box Office Mojo predicted that You're Next would come in at #1 this weekend, with The Butler, We're The Millers, The World's End and The Mortal Instruments: City of Bones rounding out the top five in that order. As it turns out, it looks like last week's #1, The Butler, is still going strong and may hold onto the #1 position with around a $15 million haul. The real surprise, at least on Friday, is what happened with the rest of the list. We're the Millers took the #2 spot on Friday, and is currently on pace to make $12.7  million, according to Deadline, while You're Next came in fifth last night and looks like it's on pace to make a little more than half of that--just $7.8 million. Also, given the tendency of children's films to do better on Saturday and Sunday than they did on Friday, they expect last night's #6 movie--Disney's Planes--to leapfrog both You're Next and The World's End this weekend, knocking You're Next out of the top five entirely. The Mortal Instruments is expected to make around $9 million for a total of $13.9 million since its Wednesday opening--that's less than the $15 million Sony had projected for their latest young adult adaptation but more than it was expected to make going into the weekend.

The World's End is so far looking to lose about the same amount of money The Butler gained from projection to reality, with its expected $8.8 million haul dropping to $7.9 million. That won't affect its position on the chart, but a half-million dollars in either direction could move it up past Planes or down past You're Next. Even if You're Next comes in higher than it's looking based on last night's numbers, though, it's unlikely that the film won't be a bit of a disappointment for the studio after the initial, ecstatic projections of more than $15 million. Nevertheless, the film was made for a little bit of nothing, so it will be a profitable disappointment and don't be surprised if there's a sequel coming in limited release, or direct-to-video, in the not-too-distant future. Compared to the first two films in the Three Flavours Cornetto trilogy, The World's End--which reportedly cost $20 million to make, as opposed to $12 million for Hot Fuzz and $6 million for Shaun of the Dead--looks to have the biggest opening of the franchise (Shaun took in just over $3 million its opening weekend, while Hot Fuzz made just under $6 million), but less as a proportion of its overall budget than the others. Still, making the money back is probably not a concern for Universal; after opening somewhat more modestly than The World's End, Shaun of the Dead went on to gross $13.5 million and Hot Fuzz $23.6 million. The only Wright film ever to lose money was the cult hit Scott Pilgrim vs. the World, which cost around $60 million to make and made only half of that back at theaters. A comic book adaptation, that film was Wright's first that didn't star Simon Pegg. Given that Wright's next film is a comic book adaptation which won't star Pegg (Ant-Man), hopefully he's worked all that out of his system.

The Butler, The Mortal Instruments Strong on Friday as You're Next Falls