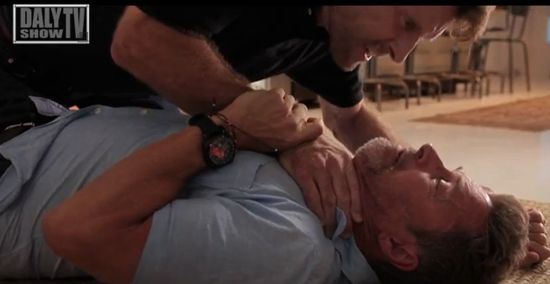 On the latest episode of The Daly Show, Tim Daly does a parody of the upcoming Batman Vs. Superman movie. Tim Daly was the voice of Superman in the Superman: The Animated Series, and his son Sam was the voice of Superman in the Justice League: The Flashpoint Paradox animated series. When Sam leaves to go to an audition, he leaves several chores for his dad Tim to do. However, soon after Sam leaves, Kevin Conroy, who was the voice of Batman in Batman: The Animated Series, shows up. When Tim Daly and Kevin Conroy come face to face, it's a Batman Vs. Superman showdown. Check out the full video below.