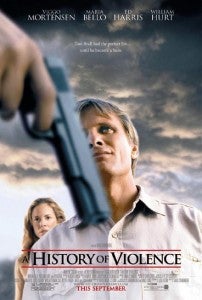 [/caption] During an interview with Next Movie to promote his new film Cosmopolis, filmmaker David Cronenberg--director of comic book adaptation A History of Violence--had some pretty unkind things to say about superhero films in general and the Christopher Nolan Batman movies in particular. Adding notable directors with respectable memories to the list of superhero filmmakers hasn't created an appreciable improvement in the quality of those films, Cronenberg claims, saying of Nolan's films,  "I don't think they are making them an elevated art form. I think it's still Batman running around in a stupid cape. I just don't think it's elevated. Christopher Nolan's best movie is Memento, and that is an interesting movie. I don't think his Batman movies are half as interesting though they're 20 million times the expense. What he is doing is some very interesting technical stuff, which, you know, he's shooting IMAX and in 3-D. That's really tricky and difficult to do. I read about it in American Cinematography Magazine, and technically, that's all very interesting. The movie, to me, they're mostly boring." Of course, whatever article Cronenberg read is apparently wrong; Nolan hasn't shot any of his films in 3D, and the fact that The Dark Knight Rises wasn't filmed in that format was a point of contention with the studio. Which speaks to the filmmaker's next claim, which is that superhero films can't be good, because they're so expensive that directors are always making them by committee. "Anybody who works in the studio system has got twenty studio people sitting on his head at every moment, and they have no respect," Cronenberg said. "It doesn't matter how successful you've been. And obviously Nolan has been very successful. He's got a lot of power, relatively speaking. But he doesn't really have power." In case it was unclear that he disdains the venre, though, he clarified his distaste for superhero work more clearly further down the page. "A superhero movie, by definition, you know, it's comic book," Cronenberg said. "It's for kids. It's adolescent in its core. That has always been its appeal, and I think people who are saying, you know, 'Dark Knight Rises is, you know, supreme cinema art,' I don't think they know what the f**k they're talking about." And Cronenberg, the director of a comic book film who disdains comic book films, knows a little something about not knowing what the f--k you're talking about.

The Dark Knight Rises: "Batman Running Around in a Stupid Cape"