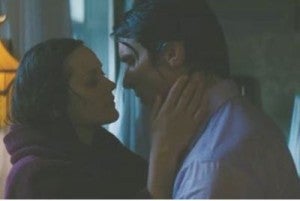 Last year, Comicbook.com compiled a list of 10 Crazy Dark Knight Rises Rumors, but a lot has happened since that time. There have been more trailers, more leaks, more rumors and more spoilers. While Dark Knight Rises is still being guarded in more secrecy than any other movie in recent memory, it hasn't stopped lots of rumors and speculation from circulating online. Some of the biggest rumors seem to revolve around what characters various cast members are playing. Are the cast members really who they say they are? Other rumors seem to concentrate on who fights on the side of good and who fights for evil. Here is our list of the top five new rumors about The Dark Knight Rises. 5. Miranda Tate Is Really Miranda Tate – When Marion Cotillard was cast in The Dark Knight Rises, her character was officially described as a Wayne Enterprises board member named Miranda Tate. No one bought this explanation, and it's been widely believed that she is actually playing Talia Al Ghul. Now, Marion Cotillard has started a rumor that she actually is who she says she is. In an interview with the Hollywood Reporter, Cotillard insisted that she really does play Miranda Tate and not Talia Al Ghul. She also insists Miranda Tate is a good guy and stays that way throughout the film. Yeah, we aren't buying it either. Don't you hate it when celebrities start crazy rumors disputing the facts that online bloggers uninvolved with the production of the film know to be true. 4. Nixon Is Really Foley – Since Marion Cotillard is really Miranda Tate, then that means everyone else in the film must really be who they say they are. Well, no, Matthew Modine was originally said to be playing a character named Nixon. However, in a recent interview with VH1, Modine revealed that there was a lot of wrong information about who and what he was playing in The Dark Knight Rises. Instead of playing a character named Nixon, Modine said he might actually be playing a character named Foley. So Miranda Tate's name was not made up to avoid spoiling Cotillard's identity as a well-known character from the comic book, but Nixon's name was made up to avoid spoiling Modine's identity as a character no one has ever heard of. Got it? Makes sense, huh? 3. Joseph Gordon-Levitt Appears As Batman In Third Dark Knight Rises Trailer – So there is a brief flash scene of Batman in the third Dark Knight Rises trailer where it's not quite clear who is playing Batman. The rumor is that it might be Joseph Gordon-Levitt's character John Blake filling in for an injured Bruce Wayne. Of course, the argument could be made that it's never quite clear who is playing Batman, since he is after all wearing a mask. 2. Catwoman Is A Good Guy – Since Marion Cotillard insists her character Miranda Tate is really a good guy and not secretly the villain Talia Al Ghul, we still have at least one female villain in The Dark Knight Rises in the form of Catwoman. Or do we? In the third Dark Knight Rises trailer, there is a brief scene that appears to show Catwoman fighting alongside Batman. Could Catwoman also be a good guy? Maybe everyone in the film is a good guy. Next thing we'll probably hear is that Bane is really a good guy as well, and people were just misunderstanding what he was saying because of his mask. 1. Joseph Gordon-Levitt Is Azrael – So Miranda Tate is really Miranda Tate, Nixon is really Foley, and John Blake is a substitute Batman, or is he? Another rumor about Joseph Gordon-Levitt's character John Blake is that he has the codename Azrael. Of course in the comic books, Azrael filled in for Batman after Bane broke his back, so this is just another version of the John Blake as a substitute Batman rumor.