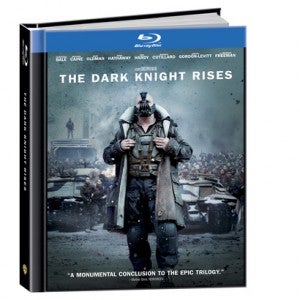 Not the same one as for the trilogy--today Warner Brothers debuted a new trailer for The Dark Knight Rises, coming to Blu-ray and DVD in less than two months. The film, available December 4, is the third and final of Christopher Nolan's Batman films, closing out the trilogy that began with Batman Begins and has been one of the best-reviewed superhero series in film history. Check out the sizzle reel for the DVD below.