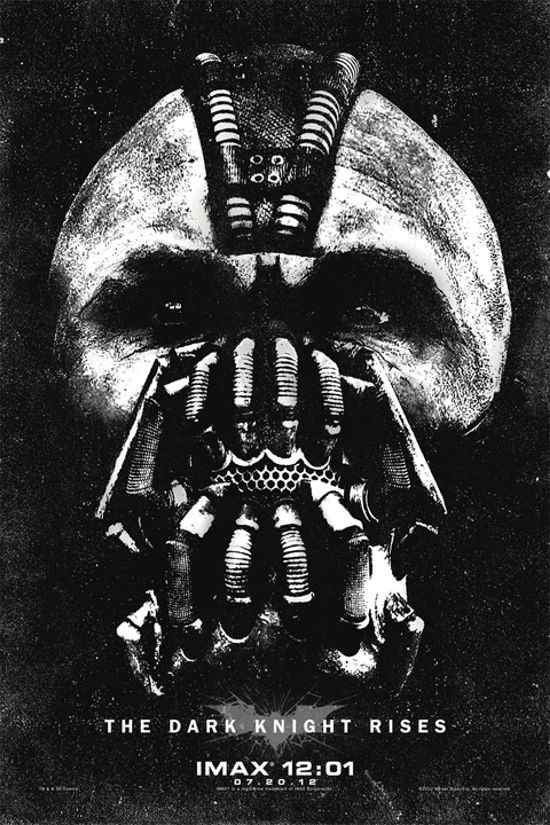 Since the very earliest teases of The Dark Knight Rises, fans and critics have been skeptical of Tom Hardy's voice. The bizarre affect that he took on as Bane puzzled and bothered a lot of viewers, and has been the source of endless Internet memes and parody videos. And while Christopher Nolan may be known as a bit of a control freak when it comes to his films, he puts the decision to give Bane that particular voice squarely on the shoulders of Hardy. "Really the main personality of Bane's voice had to come from Tom and his performance," director Christopher Nolan said in the "Gotham's Reckoning" mini-documentary on The Dark Knight Rises Blu-ray. "And what he did with it was extremely surprising at first. It's an extremely peculiar take on what the voice would be--but once you've heard it for five minutes or so it becomes essential to the character." For his part, Hardy explained quite a bit of what went into the decision-making process, saying that the voice of Bane is a bit like someone who's prematurely aged by the feeling of constant agony. "As soon as you put on a mask as an actor, you have the freedom to adopt a character," Hardy said of his time as Bane. "Like Halloween: you put on a mask and you could be absolutely anybody." He compared his take on Bane to Richard Burton or "a camp English villain in many ways, but just off-center." Taking input from fans who felt the character should have a more audibly Hispanic accent, he says he did some work and ended up patterning his voice after a bare-knuckles fighter named Bartley Gorman, who went by "Irish Gypsy." It's a combination that may have rubbed some fans the wrong way, but everyone involved with the film seems pretty happy with it--even Batman. "Tom is a very bold actor; he had some wonderful ideas about how Bane should sound," Christian Bale said. "I thought it was a great collection of inspirations that Tom chose."