Tonight was a big night for comic book movie fans. MTV premiered their much anticipated exclusive Dark Knight Rises preview footage surrounded by a little show called the 2012 MTV Movie Awards. The Dark Knight Rises clip will reportedly not be made available online by MTV, so Comicbook.com has recapped what happened in the clip. The clip was introduced by the film's writer/director Christopher Nolan and stars Christian Bale, Joseph Gordon-Levitt and Gary Oldman. After some footage from Batman Begins and The Dark Knight, The Dark Knight Rises clip started off with John Blake (Joseph Gordon-Levitt) talking to Selina Kyle (Anne Hathaway). John Blake says, "You've made some mistakes Mrs. Klye." Selina Kyle replies "Girls got to eat."   John Blake says, "And you have an appetite. Why would you run? You can't hide from us with a record like this." Selina Kyle replies, "Maybe it's not you I'm running from." 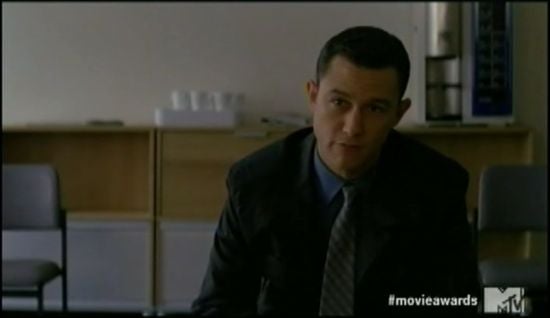 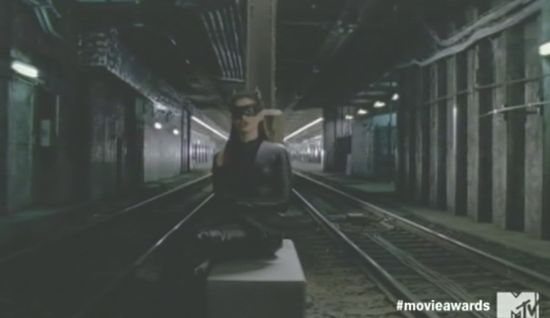 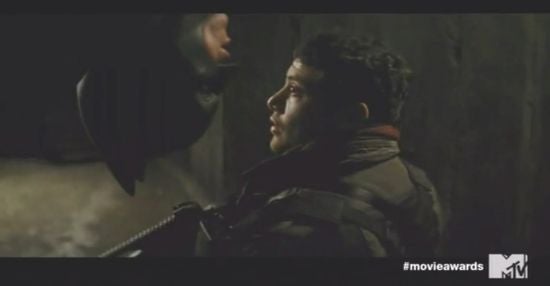