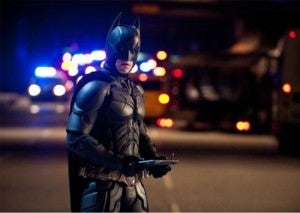 The fine folks over at Cinema Sins have compiled their video for "Everything Wrong With The Dark Knight Rises," a look at Christopher Nolan's third and final Batman film. The critically-acclaimed box office smash is the third in a series of comic book movies, starting with The Amazing Spider-Man and followed by Marvel's The Avengers, which have been subject to the parody troupe taking their shots and telling viewer what the movies did wrong. And while The Dark Knight Rises is arguably the most cinematically impressive of all the movies, the script is widely accepted to have issues with continuity and internal logic. There's a healthy chunk of the complaints in this video that aren't particularly "sins" at all, but just things the reviewers don't particularly like--but that's pretty much the standard for the other movies, too, especially The Avengers. Check out the video below!