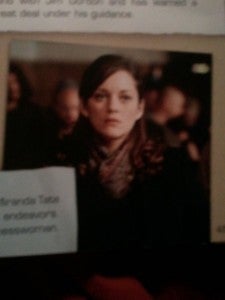 The Hollywood Film Awards will honor Marion Cotillard, who recently played Miranda Tate in Christopher Nolan's The Dark Knight Rises, with the Hollywood Actress Award at this year's ceremony, according to a story coming out of The Hollywood Reporter. Should she be so honored, it appears that she would be the first actress ever to have won the award twice (her first time was in 2007). Other past winners include Angelina Jolie, Drew Barrymore and Hilary Swank. According to THR, "The Hollywood Awards, which are determined by Hollywood Film Festival founder and executive director Carlos de Abreu and his advisory team, recognize individuals for both career achievement and work released within the calendar year." In addition to The Dark Knight Rises, Cotillard has had success in Rust and Bone this year, for which it's rumored she may get an Oscar nomination.

The Dark Knight Rises Star Cotillard To Be Honored