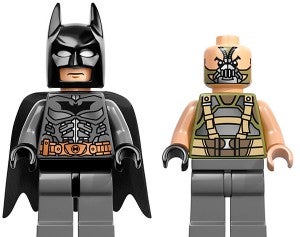 Over at the Awesomeness TV YouTube channel, a new video parody of The Dark Knight Rises recasts Batman and his nemesis Bane as "BFFs." As described by Awesomeness TV:

"In the video, the caped crusader battles his arch-nemesis Bane…until they realize it was all a simple misunderstanding. Check it out here to watch as the two quickly become BFFs over iMessage. Want to be one of the first to watch The Dark Night Rises in theaters? Tweet this video to @awesomenesstv #DarkKnightBFF for a chance to win a pair of tickets to see the thriller this weekend! Giveaway ends July 20."