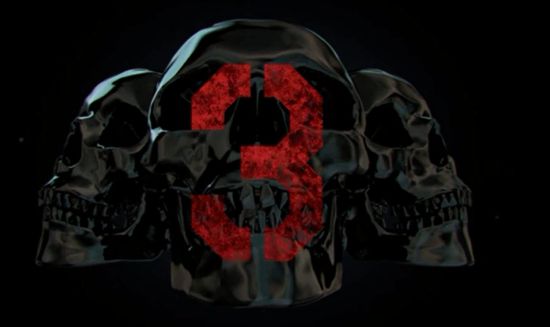 Earlier today, a fake trailer for The Expendables 3 circulated online as the real thing. Now the official trailer has been released by Lionsgate and Millennium Pictures for real this time. The Expendables 3 will feature Sylvester Stallone, Jason Statham, Jet Li, Dolph Lundgren, Randy Couture, Terry Crews and Arnold Schwarzenegger returning to their roles in the first two films with Wesley Snipes, Antonio Banderas, Mel Gibson and Harrison Ford joining the all-star cast along with Kellan Lutz, MMA star Ronda Rousey, welterweight boxing champion Victor Ortiz and Glen Powell. There isn't much in the way of footage in the trailer, but it does introduce the star-studded cast of the film. Whistling serves as the background music for the trailer. The Expendables 3 is scheduled to be released in movie theaters on August 15, 2014.

The Expendables 3 Trailer Officially Released For Real With Whistling