With kids out of school and everyone on visiting the in-laws for the holidays, family-friendly fare is expected to take the top two spots at the box office again this weekend, with both The Hobbit: The Desolation of Smaug and Frozen expected to come in 1-2 for the three-day holiday weekend. By the end of the weekend, it looks as though The Hobbit will be approaching $200 million domestic and $550 to $600 million globally, while Frozen will be creeping up on $250 million domestic/$400 million global. The third spot will likely go to the raunchy, R-rated comedy Anchorman 2: The Legend Continues while the fourth and fifth spots are currently a toss-up between American Hustle (which stars a half-dozen superhero actors from the recent past) or The Wolf of Wall Street (which features The Walking Dead's Jon Bernthal). 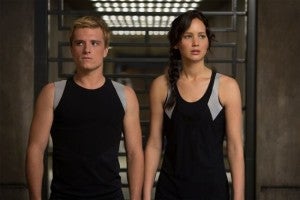 Other new releases this week include The Secret Life of Walter Mitty, a remake starring Ben Stiller; Keanu Reeves's directorial debut 47 Ronin and the Sylverster Stallone-Robert DeNiro boxing film Grudge Match. As expected, Grudge Match sneaks into the top ten for the three-day weekend in spite of taking home less during the five-day holiday weekend than Tyler Perry's A Madea Christmas. Typically, as you'd expect, holiday films taper off after the holiday is over--especially those that have already been in theaters more than a week. The Hunger Games: Catching Fire is expected to take the #9 spot at the box office this weekend, bringing its 5-week total to $391.5 million. It will not surpass Iron Man 3's $409 million domestic total before the end of the calendar year but will still more likely than not end up as 2013's highest-grossing domestic release. At the same point in its theatrical run, Iron Man 3 had generated around $385 million.