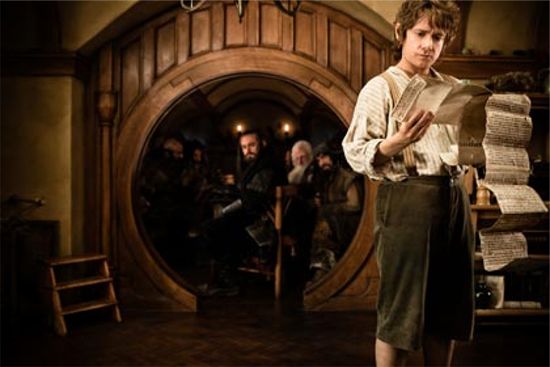 It's that time of the year when everyone is coming out with their best and worst of the year list. Anytime these type of lists are released, there are always people who agree or disagree with the choices selected. However, there is one particular worst list that was released by a leading cable news channel, which seems to have created an exceptionally high backlash. CNN has named The Hobbit to their 10 worst movies of 2012 list. In fact, CNN even ranked The Hobbit as the #1 worst movie of the year on their list. CNN had two big criticism of The Hobbit. The reviewer for the news agency said that at least one-third of the running time was padding, but the biggest issue was the plastic high-definition 48 frames-per-second 3-D version. CNN said The Hobbit looked like a PS3 game and was "the worst experience at the movies this year." In the comments, readers and Hobbit fans have struck back posting "Top 10 worst top 10 lists of 2012" and "This guy is number one on the list of worst list makers of 2012." The CNN list is also gaining traction on Reddit with the title, "CNN lost all credibility by placing The Hobbit on their worst movie list of 2012 and neglect to mention Breaking Dawn and Battleship." While The Hobbit did get some mixed reviews from critics, the idea of it being labeled the worst movie of the year seems outrageous to many fans. The Hobbit has already grossed $222 million at the U.S. box office, and the movie led the box office again this weekend. While box office success doesn't always correlate to quality, the fact that The Hobbit is still leading the box office in its third weekend of release is a pretty good indicator it must be getting good worth of mouth from the majority of viewers.