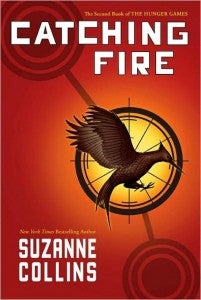 Lionsgate has officially announced start of principal photography on The Hunger Games: Catching Fire. While the original Hunger Games movie was filmed in North Carolina, the Hunger Games sequel is being filmed primarily in and near Atlanta, Georgia. The Hunger Games: Catching Fire will also do some location shooting in the beaches and jungles of Hawaii before wrapping in late December, 2012. Lionsgate's President of Production Eric Feig said, "We are so excited to be embarking on this adventure with Francis Lawrence, who has already exhibited immense creative vision and resourcefulness in casting the film and planning its look and feel.  The stakes are raised in every way in this second story, and we are thrilled to get the production underway in these perfect locations, with our excellent returning cast and some world class actors in new roles." "Lionsgate has been a longtime partner of Georgia's entertainment industry being the first production company to take advantage of our film tax incentives in 2005. The fact that they are continuing to bring productions including this high profile franchise to Georgia reaffirms their commitment to our talented crew, diverse locations and accessibility," said Georgia Department of Economic Development Commissioner Chris Cummiskey. The Hunger Games: Catching Firs is set to be released worldwide on November 22, 2013. The film stars  Jennifer Lawrence, Josh Hutcherson, Liam Hemsworth, Woody Harrelson, Elizabeth Banks, Lenny Kravitz, Philip Seymour Hoffman, Jeffrey Wright, Stanley Tucci and Donald Sutherland. In addition to announcing the start of production, Lionsgate also revealed that they will be doing a global set visit sweepstakes.  "The Hunger Games: Catching Fire - Win a Trip to Set" will run September 10th through October 12th 2012, offering twelve lucky fans a chance to visit the set of the film and interact the with cast and crew. Full rules and regulations are posted at www.catchingfiresweeps.com.