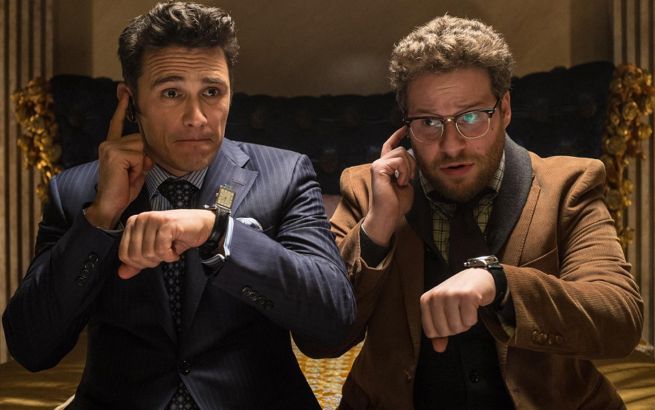 In spite of most exhibitors being unwilling to carry The Interview, the Sony satire will open bigger than the studio's own comic strip adaptation Annie...if you count the money it's making in streaming and Video On Demand services.

CNN reports that with more than 2 million legal streams, The Interview has generated $15 million in revenue online this weekend in addition to the estimated $2.85 million it's taken in at theaters since Christmas Day. That's nearly $18 million in its opening weekend -- not bad for a film that wasn't tracking all that well even before major exhibitors pulled it from their screens.

Of course, the film is likely to have an absolutely petrifying fall next week; many people who bought the movie likely did so on principle after it was pulled from theaters. Fans were upset at everyone from exhibitors to Sony to North Korea, who the U.S. government suspects of being behind the Sony hack. The Rotten Tomatoes score is hovering around a decent-but-not-great 60% and word-of-mouth hasn't been great, plus there was a widely-publicized leak online.

The Interview Has Already Made $15 Million In Online Sales