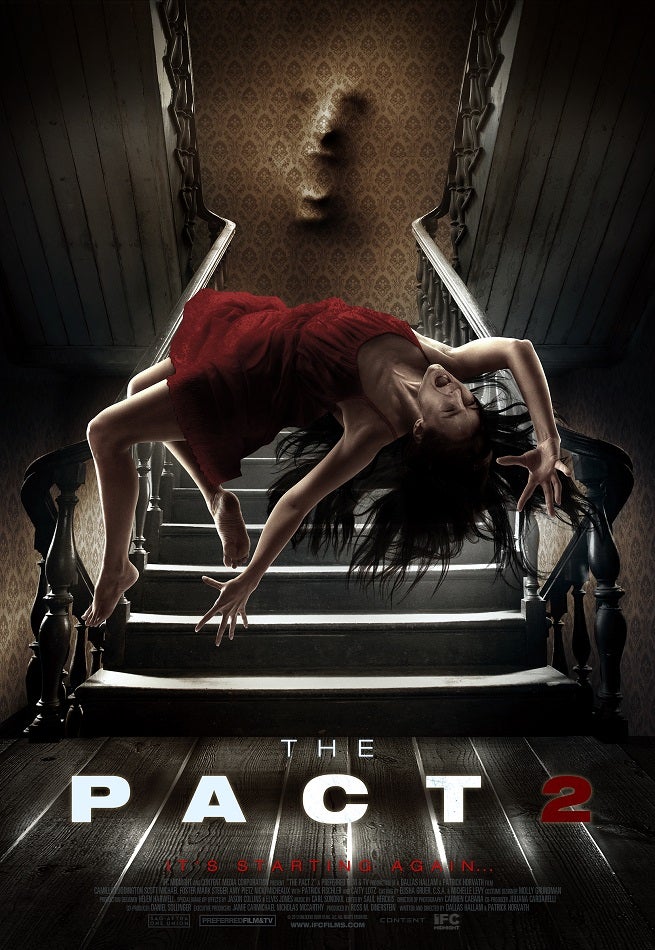 The film will be in theaters on October 10, and distributor IFC Midnight have released a poster (above) as well as a trailer for the film and a making-of clip in support of the release.

The sequel to Nicholas McCarthy's recent horror classic The Pact ups the ante on terror when a series of brutal murders lead authorities to believe the Judas killer is back and Annie returns home for the final showdown.