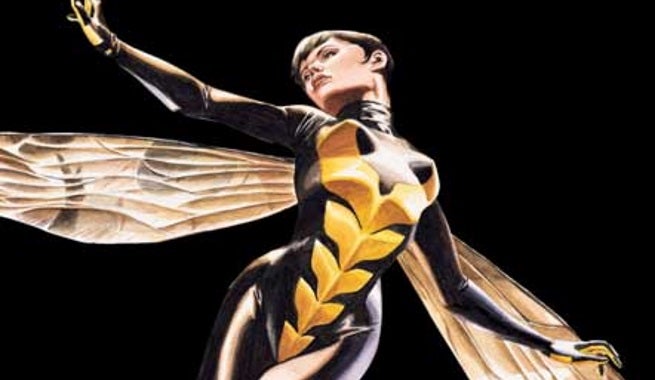 One of the biggest concerns about Ant-Man, among classic Avengers fans, is the fate of Janet Van Dyne, a.k.a. the Wasp, founding member of the Avengers in the comics and wife of original Ant-Man Hank Pym.

While he wouldn't go into details for fear of spoiling the film, Marvel Studios President Kevin Feige confirms to MTV that the Wasp will have a role to play in Ant-Man.

"She factors in a number of spoiler-ish ways," he says. "But we will see Janet van Dyne in action in this film, and sort of what happened to her."

Some fans have speculated that Van Dyne will appear in a flashback sequence in the film. Others speculate that, believed dead, Van Dyne has actually been surviving at insect size. If either of the theories are true, Feige isn't telling.

The Wasp Confirmed To Play A Role In Ant-Man