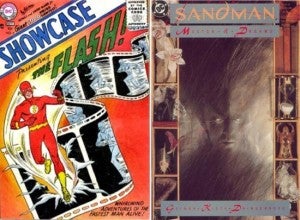 James Mangold is the director behind such films as Kate & Leopold, Walk The Line, and 3:10 To Yuma. He's also the director behind The Wolverine, which hits movie theaters this weekend. Mangold's future in the comic book movie directing business likely depends a lot on how The Wolverine does in theaters this weekend, but the film is receiving generally good reviews from critics. In an interview with Yahoo Movies, director James Mangold talked about future directing roles in which he had an interest. In regards to a Wolverine sequel, Mangold said, "If it presented me with the opportunity as this one did then yes. What I mean is the location and the world in Japan really presented me with a unique set of freedoms. Certainly any project with Hugh is enticing, but if someone came to me, or I came up with a strategy that stays as inventive and as exciting, I wouldn't hesitate to do another one." When asked about the possibility of directing a movie for Marvel's distinguished competition, Mangold said, "The Sandman. Neil Gaiman's Sandman is a great property. Actually I've talked to Neil about it before. I think it's one of the great really interesting modernist tales. Also, on the complete other side of the universe I've always been a fan of The Flash. Although the outfit would have to definitely change, with those little wigs on his ears." The really interesting thing about Mangold's reply is that he mentioned two movies which Warner Bros. is rumored to be actively developing. DC Entertainment Chief Diane Nelson listed The Sandman as the top DC property she would like to see on the big screen. She even said it could be as big as Harry Potter. The fact that Mangold says he's actually talked to Sandman creator Neil Gaiman about a movie indicates that Mangold's connection to the film might be more than just wishful thinking. It's also interesting that Mangold would mention Flash, because according to some reports a Flash movie will actually be the next DC Comics movie after Batman Vs. Superman.

The Wolverine Director Interested In The Flash And The Sandman Movies