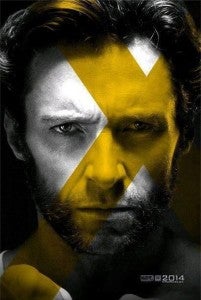 Spoilers, obviously. Now that The Wolverine is in theaters, and most fans are aware that it has a post-credits sequence, it seems like a fair time to discuss the sequence--or at least that's what James Mangold, director of The Wolverine, thinks. We won't use any of his quotes until after the break immediately below, but bail out now if you don't want to hear it. The post-credits sequence is, as many had speculated, a connecting bridge between The Wolverine and X-Men: Days of Future Past, a film that went into production almost immediately after The Wolverine wrapped and in which star Hugh Jackman also appears as Wolverine. "I had finished the movie and Future Past had started shooting, a couple months ago, and we had been talking about what to do, if anything, in the tail credits of this movie." Mangold told Digital Spy. "It's something I had been talking about with Simon Kinberg (producer) and Bryan Singer at that point about what we might do to kind of feed into it. My only stipulation that was important to me was just that I really didn't want it to be tongue-in-cheek. I feel like a lot of these bonus things almost make the film into a joke, and that wasn't interesting to me." He said that it would be more beneficial to do something more substantive--possibly a little more like the Marvel Cinematic Universe movies, although obviously he didn't use that terminology. "I thought it would be more interesting to try and actually do something quite promising, actually say something and promise something and give people a piece of a story. The whole sequence was built around the shot where we'd unveil Patrick, and I created this shot where he's weaving through all these frozen airport patrons and that is Patrick Stewart with a joystick and electric wheelchair and that isn't easy," the director explained. "He's doing a kind of Olympic slalom through all these extras and uh, he's a badass on that thing."