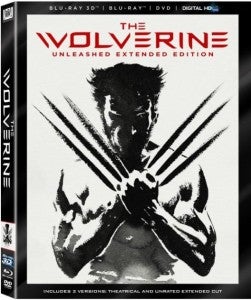 James Mangold's The Wolverine will come to DVD and Blu-ray on December 3, and Blu-ray buyers will have access to an extended, unrated cut of the critically-acclaimed superhero action film, reports Screen Crush. The extended cut, as well as a director's commentary track by Mangold and a Digital HD version of the film are available exclusively on the Blu-ray 3D combo pack; a second Blu-ray version with fewer features is going to be available as well, in addition to the DVD version. The DVD version includes the theatrical cut of the movie and a featurette titled "Inspiration: A Ronin's Journey." While Screen Crush doesn't expressly say as much, it's probably safe to assume that documentary will also be on the Blu-ray editions. 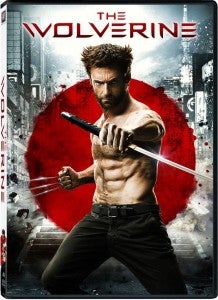 The disc will be coming out around six months before the release of X-Men: Days of Future Past, so it could be possible that one of those trailers is the Comic Con footage for that film, or at least some kind of teaser, but don't count on it, since that's not expressly teased. Both Blu-ray releases will contain an alternate ending, an X-Men: Days of Future Past set tour, an interactive featurette titled "The Path of the Ronin," a second screen app enhancement and trailers. The Unleashed Extended Edition is only available on the 3D version, but it's not clear whether it's the extended cut or the theatrical version over which Mangold has recorded his commentary track. If it's the extended cut, that could speak to which version Mangold actually prefers and exactly how much power Fox gave the director over making his own film versus making something they could sell as a PG-13 superhero movie at the box office.