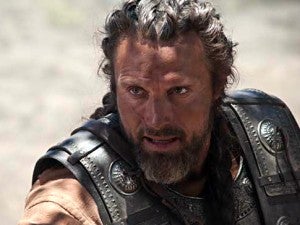 NBC's forthcoming pilot Hannibal, one of two Silence of the Lambs-themed shows heading to TV in the fall, has just cast its titie role, and it's Mads Mikkelsen, the onetime James Bond villain who was just announced as an unnamed villain in Thor 2, rumored to be The Executioner. The pilot, based on Thomas Harris' popular series of novels, have already been adapted to the screen more than once. Stars to play the iconic villain in the past include The Bourne Identity's Brian Cox and most famously Sir Anthony Hopkins, who will play Odin opposite Mikkelsen in Thor 2. Now, that's a creepy and fascinating conversation we'd love to hear. The series will reportedly focus on the cat-and-mouse relationship between Will Graham and Hannibal Lecter prior to Lecter's capture. Developed by Pushing Daisies and Heroes showrunner Bryan Fuller, the script will be written by Fuller alongside Martha DeLaurentiis, who worked on the film adaptations of Harris' Red Dragon and Hannibal, as well as writers from Dexter and Lost. Another project is currently in development at Lifetime, which will focus on Clarice Starling, the federal agent famously played by Jodie Foster in Silence of the Lambs.