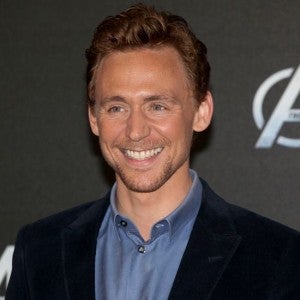 Marvel Studios has released numerous trailers and TV spots to promote their upcoming movie, Thor: The Dark World. However, some of their best promotion for the film hasn't come from advertisements but from when Tom Hiddleston simply opens his mouth at fan conventions. Hiddleston, who plays Loki in Thor: The Dark World, was the talk of 2013 San Diego Comic Con when he opened the Marvel Studios Panel in character as Loki, and he stole the show at Disney D23 Expo when he sang the Bare Necessities. This week, Hiddleston was at it again, when he appeared as part of a Popcorn Taxi showcase. In addition to being able to carry a tune, it appears as if Hiddleston is also quite adept at impersonations. When the moderator of the panel asked Hiddleston to do an impersonation of Owen Wilson as Loki, he was more than happy to oblige. Just like with Comic Con and D23 Expo, the video of Hiddleston doing his Owen Wilson impersonation at the Popcorn Taxi showcase has quickly gone viral. Thor: The Dark World is scheduled to open in movie theaters on November 8, 2013.