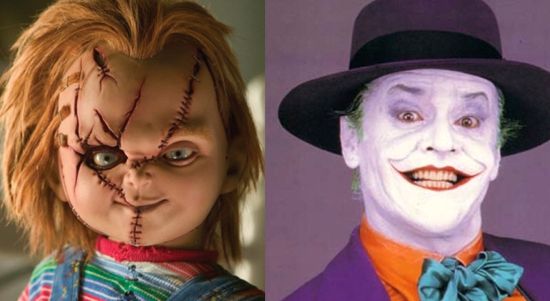 It's hard to imagine anyone but Jack Nicholson playing The Joker in the 1989 Batman movie that was directed by Tim Burton. Nicholson was even nominated for a Golden Globe Award for Best Actor for his performance in the film. However, it appears that Burton originally considered another actor for the part. At the Curse of Chuck Panel at 2013 New York Comic Con (via Business Insider), Brad Dourif revealed that Burton approached him about the role. Dourif said, "Tim Burton saw me on a plane and wanted to cast me and they [the studio] said no." After it was mentioned that Nicholson wound up with the part, Dourif joked, "He takes all my roles." How close Dourif came to getting the part is unknown. Michael Uslan, who is an executive producer on all the modern Batman movies, appeared to always have Jack Nicholson in mind for The Joker role, as he often tells a story about drawing The Joker's face on a newspaper clipping of Jack Nicholson in The Shining. He carried that picture of Nicholson as The Joker around with him him while pitching a Batman movie in Hollywood.