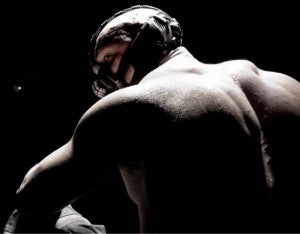 The Dark Knight Rises is still five months away, and yet, it already looks to be the most controversial movie of the year. Of course, in this case, controversy is a good thing, because it means people are highly anticipating the movie and care about every little detail. We've compiled a list of the Top 10 Dark Knight Rises Controversies. Just a warning, some might consider some of the information below to be mild spoilers, but there's likely nothing that even the casual Batman fan doesn't already know. 10. The Dark Knight Rises Sells Out – At least that's what the headlines read, as Dark Knight Rises tickets for three different IMAX theaters went on sale more than six months before the movie's release date. The New York AMC IMAX sold out very quickly, which led to the sell out headlines, which should whip Batman fans into a frenzy to check Fandango every day, so they don't risk not being able to get into the movie on opening night in their area. 9. No Super Bowl Commercial – Warner Bros. did not buy any Super Bowl air time. The Dark Knight Rises has a collapsing football field and Hines Ward scoring a touchdown, and Warner Bros. didn't think it was a good idea to promote the movie during the Super Bowl. Ok, so maybe it was a good cost-savings move by a movie that's already going to be the biggest movie of the year, but still, we would have liked to have seen a Dark Knight Rises trailer during the Super Bowl. Avengers gained some steam with a Super Bowl trailer, and Amazing Spider-Man scored big with an event the day after the Super Bowl, but news on The Dark Knight Rises has been rather quiet lately. 8. Mystery Villainess – When Marion Cotillard was evasive about what role she was playing in The Dark Knight Rises, the speculation started running wild that she would be playing Talia al Ghul. Her official role in the film is listed as a board member for Wayne Enterprises named Miranda Tate, but no one's buying it. Further adding to the Marion Cotillard as Talia al Ghul speculation is that young actress Joey King recently revealed that she would be playing a young Talia al Ghul. 7. Anne Hathaway's Catwoman Suit – When the first photo of Anne Hathaway's Catwoman suit was released, some in the media were decidedly underwhelmed. What are those weird looking goggles? Where are the ears? How can you have a Catwoman suit without the ears? Turns out the weird looking goggles flip-up to create the look of ears. 6. Occupy Wall Street Similarities – Speaking of Anne Hathaway, her character Selina Kyle created quite a stir with her comments to Bruce Wayne in the second trailer. Kyle said, "You really think this is going to last? There's a storm coming Mr. Wayne. You and your friends better batten down the hatches, because when it hits you're all going to wonder how you ever thought you could live so large and leave so little for the rest of us." These words kind of reminded everyone of the Occupy Wall Street movement, but Christopher Nolan cleared things up by pointing to A Tale Of Two Cities as his inspiration for The Dark Knight Rises not the occupy movement. 5. Robin References – First there was the Robin logo on a sign in the crowd at the football game, then there was the name Ward on the back of a jersey, and finally there was someone who looks like Joseph Gordon-Levitt wearing a Robin type mask at Bruce Wayne's masquerade ball. Of course, you say the word Robin and you get immediate controversy. For everyone finding a clue, there was someone else with an explanation. The Robin logo was done by an extra, the football jersey signifies Hines Ward and is not a homage to Burt Ward who played Robin, and no one knows for sure if it's really Joseph Gordon-Levitt at the masquerade ball. 4. Batman Gets His Back Broken – So since the villain is Bane, that means Batman is going to get his back broken, right? In the second trailer, glimpses of Bruce Wayne walking with a cane seem to give credence to the possibility that the Bat does indeed get broken. 3. Superman References – Marvel Studios has built an Avengers franchise by allowing their characters to crossover in various movies, so why wouldn't Warner Bros. do the same thing for the Justice League. The first Dark Knight Rises poster had a blurred image that looked suspiciously like the Superman logo, and there is a Man of Steel movie in the works. While many fervently deny any visions of Superman in The Dark Knight Rises, it wouldn't be surprising if there was some type of easter egg in the film to get the buzz going about the Man of Steel. 2. Batman Dies – When the second Dark Knight Rises poster was released with the words "The Legend Ends," many in the press took it quite literally. Speculation went from Batman getting his back broken to Batman actually dying. Christian Bale has already gone on record saying that he's worn the Batman suit for the last time. While this likely just means he's done with the role since this is Nolan's last time directing, some have taken it as supporting the theory that Batman dies in The Dark Knight Rises. 1. Bane's Voice – How could we not pick this one as the top controversy? While many might claim Christopher Nolan made a huge mistake with Bane's muffled voice in The Dark Knight Rises prologue, we call it a stroke of genius. Bane's voice has inspired numerous YouTube parodies and even barbs from late night comedians. In other words, it's kept The Dark Knight Rises in the spotlight. [phpbay keywords="Dark Knight Rises" num="7" siteid="1" sortorder="EndTimeSoonest" templatename="columns" columns="2"]