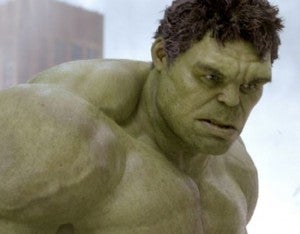 Earlier today, Comicbook.com looked at the top 5 moments in 2012 television, and now we take a look at the top 5 moments in 2012 movies. By pretty much all accounts, 2012 was the best year ever for comic book movies. The Avengers and The Dark Knight Rises finished as the top two grossing movies of the year both in the United States and Worldwide. Here are our top 5 moments in comic book related movies. 5. Spider-Man Gives Boy His Mask In The Amazing Spider-Man – The Andrew Garfield era of Spider-Man got off to a great start this summer. In one of the most inspirational moments in the movie, Spider-Man rescues a young boy in a car dangling from a bridge. In order to keep the kid from being scared, Spider-Man pulls off his mask. As the car becomes engulfed in flames, Spider-Man tells the boy to put on his mask that it will make him strong. Of course, Spider-Man saves the boy at the very last moment as the car plunges into the water. It's one of the best rescue scenes in a comic book movie this year, and it truly shows what being a superhero is all about. 4. The Big Shoot-Out In DREDD – Even though it paled in comparison to other comic book movies at the box office, DREDD 3D proved to be a big hit with fans. While DREDD was filled with moments of intense action and violence, one of the most memorable scenes was the big shoot-out where Ma-Ma and her gang utilize a massive, rapid fire cannon. The cannon blows through walls and takes out an entire floor of the Peach Trees block. 3. Bane Breaks The Bat In The Dark Knight Rises – Ever since Bane was announced as the villain for The Dark Knight Rises, there is one particular moment from the comic books that fans were anxious to see on the big screen. Director Christopher Nolan did not disappoint. After one of the most intense and brutal fights ever in a comic book movie, Bane broke The Bat. 2. Alfred Sees Bruce And Selina At Café In The Dark Knight Rises – After three memorable Batman movies, director Christopher Nolan gave the series a happy ending. At first, it looked like Batman might have perished in a huge explosion while saving Gotham City. However, in a tearjerker of a moment, Alfred goes into a Café in Florence, where he sees Bruce Wayne sitting with Selina Kyle. 1. The Hulk Smashes Loki In The Avengers – We probably could have made this entire list just a collection of Hulk moments in The Avengers. When Mark Ruffalo was cast to replace Edward Norton as the Hulk, we thought it was a mistake, but we were wrong. Ruffalo gave fans the best Hulk yet. While we loved Hulk punching Thor out of one scene, our favorite Hulk moment was his confrontation with Loki. Just when you think Loki is about to go off on another of his epic rants about being a god, the Hulk grabs Loki and lays the smack down. Hulk tops it off by muttering "puny god." It was the biggest laugh out loud, entertaining moment in The Avengers.