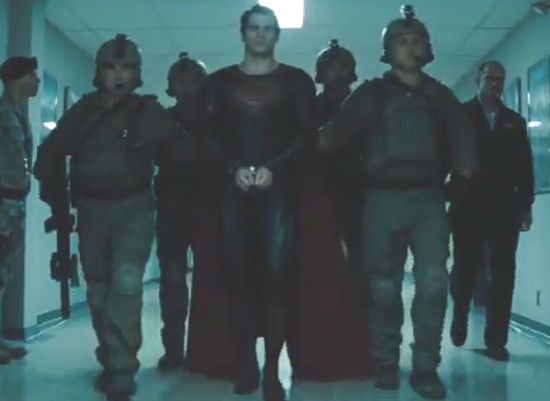 This past week has brought a lot of brand new movie trailers. We've seen Western, Action/Adventure, Science Fiction, and of course Superhero trailers. While we want list all of them here, we've compiled a list of what our choices are for the top 5 movie trailers released so far in December. We've ranked them in order with our favorite listed in the #1 spot. 5. After Earth – We've got missed emotions on this one. While Will Smith has seldom let us down in a movie, we were a little confused by what was going on with the accent. The cinematography in the trailer was incredible, but the storyline seemed a little hokey with everything on earth adapting to kill humans. It looked good enough to make our list, but it's at the bottom of our list.

– Tom Cruise if back. To be honest, Oblivion wasn't really on our radar until the trailer came out and was surprisingly good. We were hooked from the minute Cruise's character started describing how the last Super Bowl ended. In addition to Cruise, the presence of Morgan Freeman gives us hope that Oblivion is going to be a well-acted and interesting ride.

– The trailer delivered exactly what fans wanted to see: giant monsters fighting massive robots. The visuals are awesome as would be expected from a Guillermo del Toro movie. The only reason that we didn't rank it higher is that Man of Steel and Star Trek into Darkness did a better job at captivating us with the storyline. With Pacific Rim, we pretty much know what we're getting, so there isn't as much mystery.

– Everyone loves a good mystery, and the Star Trek Into Darkness trailer provided one. Even though we got several looks at Benedict Cumberbatch in the trailer, fans are still unsure exactly what villain he is playing. In addition, the trailer features plenty of enticing action sequences with Kirk cliff-jumping, Spock in a volcano, and a city under attack.

– Stunning visuals, a haunting soundtrack, and a captivating storyline. The Man of Steel trailer was not only the best trailer we've seen released in December so far, it was one of the best superhero trailers we've ever seen. Most of the feedback from fans has been overwhelming positive, even though the "maybe" line uttered by Jonathan Kent has created a little controversy. Of course, one sign of a good trailer is that it does stir a little controversy to get people talking.