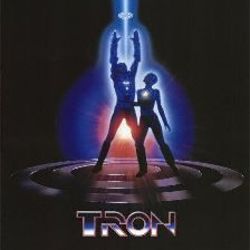 Disney has just stolen a play out of Marvel Studios playbook. As everyone knows, Marvel Studios has been putting Easter eggs in some of their recent movies in an attempt to link all their films together in one universe. In the Iron Man movie, Nick Fury, who is played by Samuel Jackson, showed up after the credits to talk about the Avengers Initiative. Also, in the Incredible Hulk movie, Tony Stark, who is played by Robert Downey, Jr., made a brief appearance. In the just released Race to Witch Mountain movie, Disney offers up a unique Easter egg cameo of their very own. When Jack Bruno, who is played by Dwayne Johnson, shows up at a UFO convention, all sorts of costumed attendees pass by him. Among all the people dressed as aliens and stormtroopers is an attendee dressed up like Tron. Just like Witch Mountain, Tron is a classic Disney movie that is getting a new sequel. During last year's San Diego Comic-Con, Disney officially announced and showed footage from the Tron 2 movie during a Race to Witch Mountain panel. While there is little known as of yet about the Tron sequel, the teaser trailer revealed that Jeff Bridges will be reprising his role as Kevin Flynn.