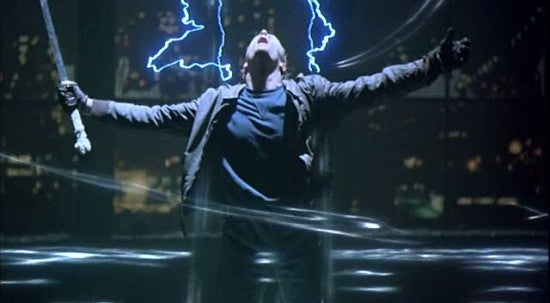 Summit Entertainment, who produced The Twilight Saga, announced last night that the forthcoming revival of the dormant Highlander action/fantasy series will be directed by Cedric Nicolas-Troyan, who recently served as the second unit director for the Kristen Stewart-starring action/fantasy film Snow White and the Huntsman. This may give a sense for where they're going with the franchise, or not, it's difficult to say at this stage since Nicolas-Troyan is a first time feature director and hasn't got a lot of work for us to look back on with an appraising eye. He is, reportedly, a major fan of the franchise and not looking to make too dramatic a departure from previous iterations of the work. Deadline reports that Iron Man writers Art Marcum and Matt Holloway will be working on a film that stays close to the story of the 1986 original starring Sean Connery and Christopher Lambert. "I have been working on my pitch for this since the summer, and when I got there I met the original producer and I just started geeking out and he loved it," Nicolas-Troyan said. "The first movie came out when I was a teenager in France and it was one of my favorite films of those years. I loved the series also, they shot a lot of it in France, on the Seine River. My first reaction, like everybody else, was, really, do we need a remake? Then I read the script, and I thought about how Russell Mulcahy was this super visual video director who brought the pulse of the 80s to the film so well. I started thinking about taking those great characters and matching them with a modern, visceral take, and then I was in love with the idea and I just went for it." "For me, it all comes down to that first movie, but there are great themes in the show," the director added. "It's the rare cross-genre concept that has elements of the Western, time travel, fantasy, action, contemporary. There are universal themes, but of course you need to provide the answers like the first film did. Who are these guys with swords? Why are they fighting each other? What is the prize and how are they drawn to each other? There is far more at work here I want to explore than the lightning that happens during the Quickening."