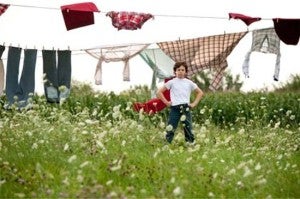 There have been numerous trailers, TV spots, and featurettes released for the Man Of Steel. What if you took all the original footage that has been officially released by Warner Bros.  for Man Of Steel so far and compiled it into one video? Well an industrious Superman fan has done exactly that. Even though some fans might think they've seen half the movie so far through the multiple trailers and TV spots, it turns out that there has only been just under eight minutes of Man Of Steel footage released. That means at this point fans can look forward to 135 minutes of actual brand new, never before seen footage when they actually go to see the movie. Only 5.6% of the total Man Of Steel movie has been released through marketing material. It should also be noted that the fan who compiled the footage even took the time to put everything into some semblance of order. Since the Man Of Steel hasn't been released yet, it's uncertain if this is the order that things will actually play out in the movie, but watching all the footage together does seem to start to tell a very compelling story. Man Of Steel is scheduled to be released in movie theaters in the United States on June 14, 2013.