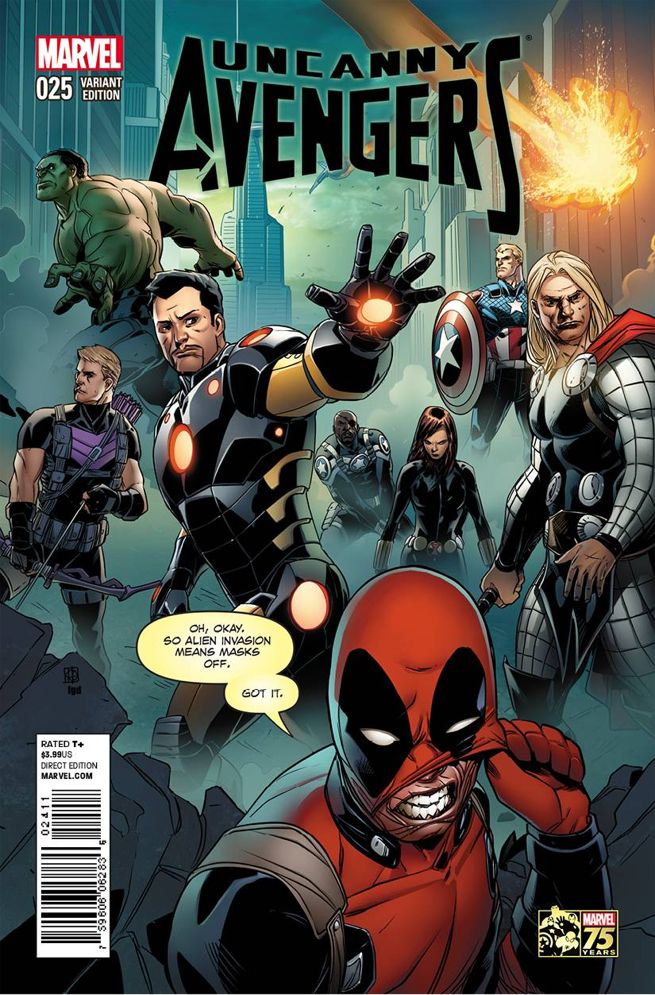 As previously reported on Comicbook.com, Marvel will be celebrating its 75th Anniversary with special Deadpool 75th Anniversary Variant covers. The covers will be by some of the industry's best artist, who will be recreating famous covers from Marvel's history, guest-starring Deadpool.

And in some cases, it looks like famous movie posters will be recreated instead of famous comic covers. Featured in Diamonds Previews World, Uncanny Avengers #25 recreates one of the posters for the first Avengers movie.

Uncanny Avengers #25 is written by Rick Remender with art by Daniel Acuña and cover art by Khoi Pham. In Uncanny Avengers #25, the Red Skull and his S-Men have already begun the great vanishing, and The Uncanny Avengers are too late. Havok witnesses the Skull's greatest atrocity yet, and a Magneto vs Red Skull blood match that will result in a terribly altered Marvel Universe is featured.

Uncanny Avengers #25 is scheduled to arrive in comic book stores on October 1, 2014.