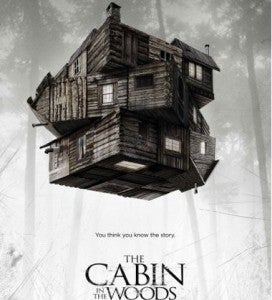 Filmmaker Drew Goddard and Universal Orlando theme park are developing Cabin in the Woods Halloween Horror Nights maze for its 2013 celebrations. "We are building the cabin completely. You're going to walk through a forest to get there. You're going into the cabin. You're going to go into the cube cells. We're literally taking everything we can in the film and giving you a kind of best-of montage of the film with this kind of linking story," Universal Orlando Entertainment Team member Michael Aiello told Zap2it. "You're going to be in the control room when merman attacks." He added, "We're trying to adapt this film as best as we physically can in the context of what we have. The whole idea of the maze is to have varying creatures in it. In the maze, we've got many that were in the forefront of a lot of the scenes -- the ballerina, the Sugarplum Fairy, the Hell Lord -- but also too there are a couple rooms where we're kind of featuring some of the creatures that were just on the screens in the control room of movie. And then in the finale we've got a couple characters that could open up from Halloweens past, our own events, because we were granted amazing permission to be able to include some of our lineage into 'Cabin's' lineage." Halloween Horror Nights 23 is running select nights from Sept. 20 to Nov. 2. Tickets are now on sale here.

Universal Orlando To Build a Cabin In the Woods Haunted Maze