Earlier today, Sony shocked the comics world by announcing that both Venom and the The Sinister Six would get movies of their own--and in doing so, issued a press release that listed off a boatload of names.

Some of those names were pretty familiar to fans of the Spider-Man series (or just popular genre movies in general), with a couple who were less well-known. It seemed like as good a chance as any to do a run-down of who it is that Sony has charged with crafting the future of Spider-Man's universe.

The films are being produced by Avi Arad and Matt Tolmach, producers on the existing Amazing Spider-Man movies. Tolmach is somewhat of a newer element, working with Sony on some big projects coming up like the Jumanji remake but generally not having done much all that big in the past. Arad, though, is a key figure in Marvel's film history. 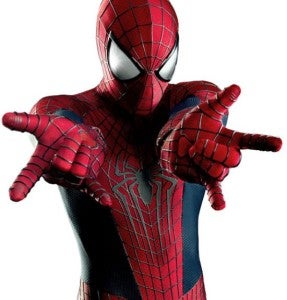 He's been producing Marvel projects since 1994, when he started with the Iron Man and Fantastic Four animated series and was "the" Marvel movie guy for years during that time. While he hasn't worked directly with Marvel Studios since 2008 (he was a producer on both Iron Man and The Incredible Hulk), his relationship with Sony's Marvel properties remains strong and he's worked on all of the Spider-Man projects as well as Ghost Rider.

But who are the writer/producers involved with actually crafting these stories?

Obviously key to Sony's plans, Kurtzman will direct the long-in-development Venom film. Fantastic 4 director Josh Trank was attached to the movie until not long ago, so whether elements of his version of the script will be incorporated or not isn't yet clear. The final screenplay, says Sony, will be written by Kurtzman with his frequent collaborator Orci and Ed Solomon, who's fairly new to all of this it seems.

Starting his career on TV with Hercules, Xena and Alias more than ten years ago, Kurtzman has worked almost exclusively on huge-budget projects. His writing credits include Transformers, Watchmen, Star Trek and the upcoming Tom Cruise vehicle Edge of Tomorrow, along with The Amazing Spider-Man.

Orci, as noted above, is a frequent collaborator with Kurtzman and has a lot of the same credits, including the first two Transformers films and The Amazing Spider-Man. He also cut his teeth on the TV adventures of Xena and Hercules, and remains on TV to this day as co-creator of Sleepy Hollow.

He also produced Ender's Game this year, will produce the 2016 reboot of The Mummy for Universal and he's the only member of the original writing team to stay on board for Star Trek 3, with new writers announced to join him this week.

Jeff Pinkner reminds us just how much of a footprint producer J.J. Abrams has left on the Spider-Man universe; not only have Kurtzman and Orci worked with the Star Wars Episode VII director a dozen or so times, but Pinkner, who will co-write The Amazing Spider-Man 3 with Kurtzman and Orci, hails from Fringe, which he co-created with Kurtzman, Orci and Abrams. Pinkner began his career with Ally McBeal and also worked on Lost with Abrams. 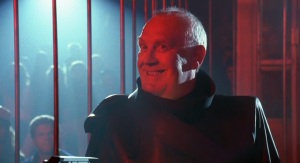 Arguably best known for co-writing Bill and Ted's Excellent Adventure, Solomon had to leave Bill and Ted's Bogus Journey early enough in the writing process that he didn't get an onscreen credit--so the credited writer, Tales From the Crypt's Peter Hewitt, named the second film's villain DeNomolos--which is just "Ed Solomon" backwards. Solomon and his original co-writer Chris Matheson have been working with Keanu Reeves and Alex Winter to bring Bill & Ted 3 to life, but the writers' busy schedules (now explained!) seemed to be holding things up somewhat.

Since Bill & Ted, Solomon has worked on adaptations like Men in Black and Charlie's Angels, as well as this year's Louis Leterrier caper Now You See Me.

Recently announced as the writer, pilot director and showrunner on Netflix's Daredevil series, coming in 2015, Goddard has worked on a broad cross section of geek-culture staples.

Starting with Buffy the Vampire Slayer and Angel, Goddard has worked with Joss Whedon on those as well as The Cabin in the Woods. He's also got a history with J.J. Abrams (quelle surprise!), with whom he worked on Alias, Lost and Cloverfield.

More recently, before jumping into the Marvel Universe with Daredevil and Spider-Man, Goddard was brought in by his Lost collaborator Damon Lindelof to help with the script of World War Z, one of the year's surprise box office hits.

Venom, Sinister Six Movies - Who are the Players?