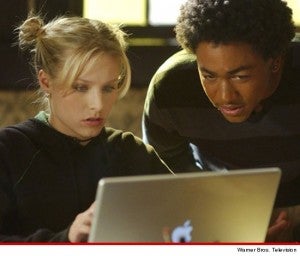 With shooting set to begin on Veronica Mars the week after next, former showrunner and now director Rob Thomas assured fans today that there will be casting news coming all week long. For now, though, he confirmed that Percy Daggs III has been cast as Wallace Fennel. "As so many of you wrote to remind me, Wallace's friendship with Veronica has always been one of the foundations of the show," Thomas wrote. "And now that he's officially signed, I can admit that there was never a version of the script that didn't include him. It just wouldn't happen." Daggs sent fans a video (embedded below) to thank them for their support and express his excitement at returning to the role he filled ten years ago.