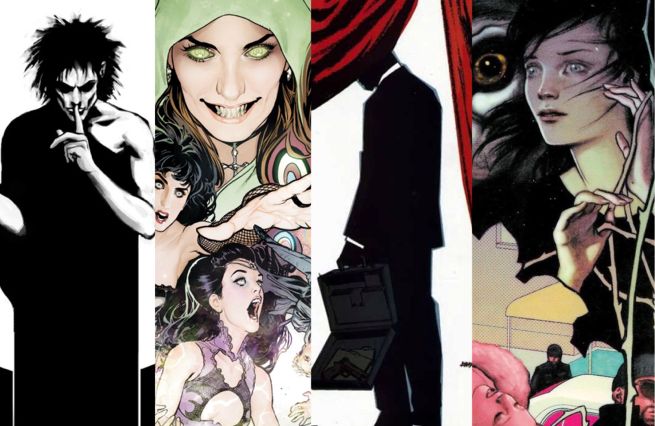 Of all the Vertigo titles, Sandman in particular was thought to be further along than many of the DC Comics properties that were actually announced. Joseph Gordon-Levitt has been attached to likely both star in and direct a Sandman movie.

When asked why Sandman wasn't mentioned in the Warner Bros. announcements despite the fact that a script was reportedly being worked on, Gaiman replied, "It's not a DC Comics film. It's a Vertigo film. That's a different slate of films, and a different announcement."

It's interesting to note that Gaiman used the words "different slate" implying there will be more than one announcement involving Vertigo films. We had also listed Justice League Dark as one of the properties we were surprised wasn't announced as a film. Even though Justice League Dark is currently being published by DC Comics, some of the characters in the comic had their start in the Vertigo line, so it's possible it could be included in the Vertigo slate of films as well.

So the ten DC Comic films Warner Bros. has announced not only do not include planned Batman and Superman movies, but they also don't include Vertigo Comics movies. When all is said and done, could Warner Bros. ten films over five years grow to fifteen or so comic book movies?