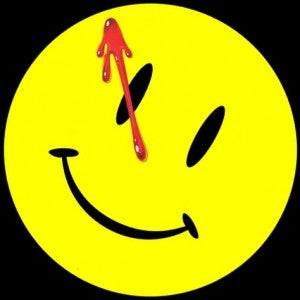 In what some people would call a case of adding insult to injury, Warner Bros. has announced a director's cut release of the adapted comic book series Watchmen, just in time for the industry's big event in San Diego, Comic Con. With an additional 25 minutes added on, the rerelease promises extra scenes and the death of a supporting character. In addition to the limited rerelease, and a special showing at Comic Con on July 25th to promote the DVD release on July 21st, the audience at Comic Con will take part in a BD-Live event, which will allow viewers at home to see the audience watching the film and the Q and A with director Zack Snyder. Snyder was optimistic about the news, and felt that the viewing at Comic Con was highly appropriate, stating, "Comic-Con, it isn't just comic book fanatics, it's cinephiles as well. It'll be cool to discuss what people are thinking." The film will only be shown in Dallas, Minneapolis, Los Angeles and New York the week before its DVDand Blu-ray release, a move that is rare for films, especially for one that many consider disappointing commercially speaking. The domestic box office was just over $100 million, below expectations for a film of this pedigree. Will the rerelease add to the viewing of the film for some who may have been dissatisfied with the first release? We'll get the answers in late July!