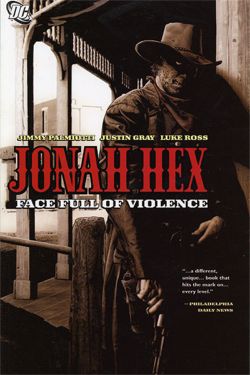 According to the Hollywood Reporter, two more actors have been rounded up to star in the upcoming Jonah Hex movie. Comedic actor Will Arnett and Revolutionary Road's Michael Shannon will be joining the cast of the live action film based on the DC Comics character Jonah Hex, played by Josh Brolin.

Most famously known for his portrayal of black sheep brother Gob Bluth on Fox's Arrested Development, Will Arnett will play a post Civil War Union soldier who hires the notorious bounty hunter Jonah Hex. In the movie, Arnett's character seeks the help of Hex to capture a band of former Confederate outlaws who are planning revenge on the North by resurrecting an army of rebel zombies.

Oscar nominee Michael Shannon will play the villainous Doc Cross Williams, a circus ringleader who oversees a series of brutal gladiator type contests. Rumor has it that Shannon's character may be brought back for any subsequent Jonah Hex sequels, depending on the success of the first film.

This will not be the first time that Arnett and Shannon have appeared onscreen together. The pair starred in the 2006 comedy Let's Go to Prison. The Jonah Hex movie is slated for a release date of August 6, 2010. The film may be released under the full title Jonah Hex or just Hex, after the 1980's series in which the old west bounty hunter time traveled into the future, fighting robots and aliens. Pixar animator Jimmy Hayward is directing.