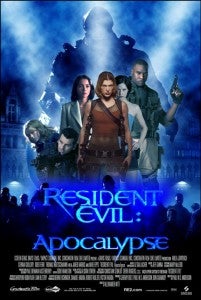 Let's face it:  a good video game movie is hard to find.  Though the trend of making these kind of films has slowed down, it didn't stop two adaptations from being released only a month apart from each other.  Resident Evil:  Retribution and Silent Hill Revelation 3D hit theaters with varying degrees of success.  What makes it most interesting are the approaches these movies took with their source material.  The Resident Evil franchise has long since given up on following the plots of the game and have since become nothing more than an action zombie movie with a convoluted plot and characters barely resembling their game counterparts.  The two Silent Hill movies have stayed relatively close to their source material but have been welcomed with less success. The situation is ironic.  While one movie is criticized for going too far from the original game the other is bashed for being too similar.  So what are movie makers supposed to do?  Well, most gamers would respond to that question with a resounding "Just stop!" but that's not how Hollywood works.  For as long as people pay to see these movies they will continue to make them no matter how much the fandom complains. If you think about it there's probably never going to be a video game movie that will get a resounding applause for how wonderful it is.  But looking at the situation, how much of it is the filmmakers fault and how much of the blame should be put on the fans? I'm not defending Hollywood in the slightest as they have made some truly horrible movies based on popular games but the even the ones they have done relatively well with have been met with heavy criticism from fans.  If you listen to the message boards you'll hear complaints of the movie "not following the plot of the game", "it stayed too close to the game", or "that actor/actress should never have been cast".  In theory, the filmmakers have to make a movie that stays extremely close to the source while making sure to make it their own all the while making sure they cast actors and actresses that look close to their video game counterparts.  It seems like an almost impossible task and it probably is. As the creators of Mass Effect know you are definitely not going to please everyone when it comes to games.  By appealing to one certain group you're going to inevitably alienate another.  By catering to people who have never played the game you are going to irritate the fanboys by oversimplifying the plot of making so many changes it's no longer recognizable.  Though if you make a movie strictly for the fans you end up shoving away potential audiences because they simply wouldn't "get it".  There's a middle ground here that filmmakers have yet to find and probably never will. Despite that, the bigger question is why do comic book adaptations work so well while the video games one flounder.  The simple answer comes down to plot mechanics.  The stories from comics are easier to manipulate because there are simply so many more characters and stories that have been told in the medium.  It's a lot easier to take a story arc of a comic and put it on film because there are a lot of ways to manipulate and add to the story without changing everything the book and characters are.  Though there have been some serious missteps (Daredevil, Spawn, Superman Returns) many more have seen extraordinary success.  Video games don't allow the kind of manipulation; at least not as easily.  Games themselves are created to be movies that you take control of.  You move the characters, you make the decisions, and you get to see the world and intricate story the creators have made unfold in front of you the same way you would watching a movie in the theater.  The plots of games are too restrictive most times and thus are harder for people to manipulate in a way that they can make it their own without diverging too much (a sentiment I have hit on multiple times so far).  Steadily it has become harder to do this with voice-acting and the technology to give these characters such realistic features that they are almost human themselves.  So with those two things it adds more life to the character and thus it becomes harder to find an actor or actress that can do them justice.  You can even argue that games without voice-acting are even harder to make.  The biggest example is probably The Legend of Zelda franchises.  Nintendo themselves have refused to give voice to the characters because they believe that by giving voices to these characters would take away the imaginings of the players of how these characters sound.  Add on the fact that Link is a silent protagonist and many players prefer him to remain that way as they think by adding a voice it will take away the choices presented to you in game. Though I do believe that some games would do very well in theaters if given the proper attention and meticulous eye that the game creators had given to the title I know that there are going to be many others that will be devastating disappointments.  Games like Assassin's Creed, Metal Gear, and even the ridiculous Angry Birds are either in production or rumored to be and I feel like all of these movies will be either completely absurd  or utterly terrible.  Despite that though, they will undoubtedly do well because we gamers will always hold on to the hope that one day there will be the perfect adaptation.  Will this be in my lifetime I cannot predict but I can dream.