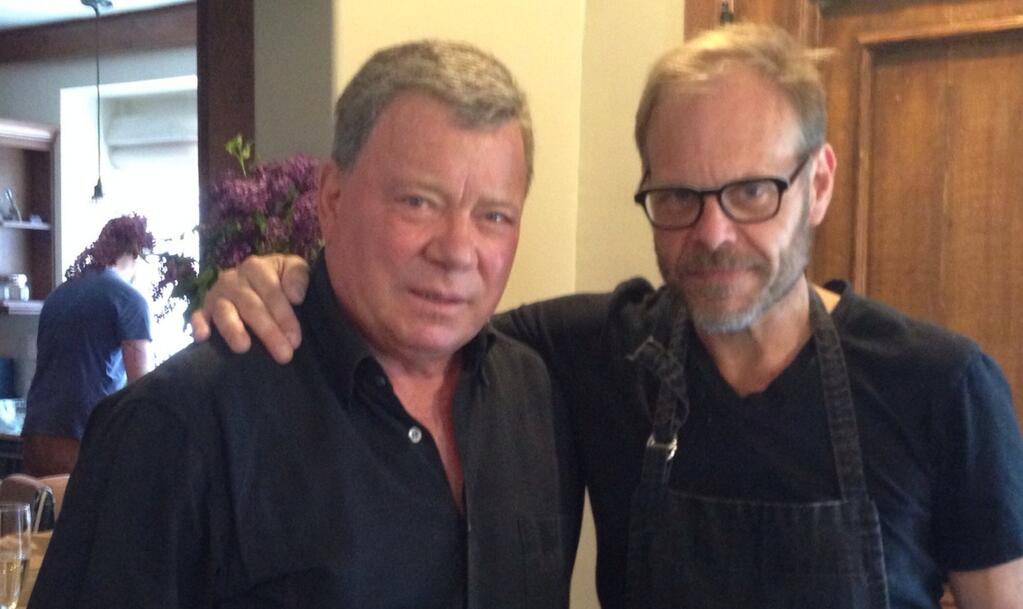 In the first episode, a clip from which is embedded below, Brown talks about his greatest influences while cooking for Shatner and doing a blind wine tasting – describing the flavors using only cooking terms.

Brown Bag Wine Tasting follows Shatner as he sits down with participants who are asked to blindly taste wine and describe it in terms of their occupation, with the goal of making the show a fun, interactive and social experience. The series was created out of Shatner's love of wine and conversation, as well as wanting to have a fun wine tasting experience in an entertaining format.

The show will begin to air exclusively on Ora.TV as part of a development deal between the legendary actor and the TV network and production studio. Shatner and Ora.TV will continue to develop and produce new original content based on the actor's diverse interests, creating a platform for his large and devoted supporters to see new programming from the star.