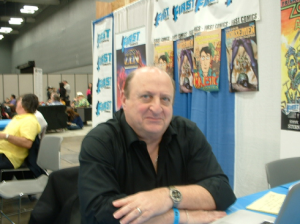 I don't mean to tease, but I have five hours of interviews with Ken Levin and Renee Witterstaeter/Michael Golden and Rebecca Hausel, and that's not even including the local talent or the thirty pages of notes -- and all of it deserves full coverage from someone not coming down from an agoraphobic attack.  (Tiny fangirl + massive crowd = getting trampled by storm troopers who thought I was open space.  They were very apologetic.)  However, some of the material is more time sensitive and "breaking news" than other bits, so this is a bullet point posting to keep everyone in the loop. 1. First Comics Relaunch/From Comics to Film - Ken Levin spent fifteen years turning the comics industry into Hollywood's number one go-to supplier of tent-pole blockbusters and franchises.  Then he looked back at comics and decided that if he wanted to do it right, he had to do it himself.  Yes, this relaunch has been talked about since at least April, but believe me: it will be worth it.  From re-colorings and reprints that rival D.C.'s Absolute line while selling for $5 below unit price, to bringing on known talent like Bill Willigham, Matt Sturgess, and Dan Cote who've been looking for a place to try pushing the boundaries. 2. What kind of boundaries you ask? The answer is a terrifying unknown.  Throughout the panel, everyone kept talking about Public Relations ("Putting the 'best' back into bestiality") as their edgiest book before the nice young man handing out swag yelled out, "Hey, you guys want me to give them The Drude sample?" and Matt Sturgess laughed and told us to forget about Public Relations because "it's going to be an Archie comic in comparison to [Omaha Perez'] book." 3. Also coming up in their 30th anniversary relaunch: kid friendly zombie comics.  It takes all kinds, and I have to stop talking about First Comics now or this will never end, but when the books do finally make it to market, make sure you look for the Sea Monkeys ads on the back cover.  And look closely. 4. Taking the express elevator past development hell, Dan Schaffer's The Scribbler is in post-production and they're aiming for a release date in March or April.  Sadly, Preacher remains a little locked up, though Sony's holding on to the rights, (Garth Ennis has apparently been idly questioning why a major studio might take their time putting out a movie about a world where "There is a God, but it turns out he's a dick!").  But for now we'll have to settle for Katie Cassidy, Eliza Dushku, Michael Imperioli, and Gina Gershon, among others, bringing Schaffer's fractured narrative to the big screen. 5. I also spent a long time with Renee Witterstaeter, Michael Golden, Mark Texiera, and company: It must be comics history weekend, because while the cutest thing on the table was her brand new Santa Confidential (52 questions kids have sent to Santa with giggle-inducing illustrations by Chris Brown), Renee's baby on the table was definitely her collection of Nick Cardy's World War II sketchbook, The Artist at War. Through most of the interview, Michael was upstairs doing a panel on teaching storytelling, a course they're trying to get into universities, while she continues to produce the Creator Chronicles DVD series.  No energy at all in that group.  Renee also let it slip that some of her and/or her cadre's properties might be in negotiations with video game companies, but went mum pretty quick after that.  Then again, she also perked up the moment I mentioned my pet charity after the interview and pulled out a pair of Michael Golden signed prints for me to donate to the cause, so I really can't complain. 6. Back to my pet project of girls who geek, Renee also let me know that all three of the winners of last night's amateur art contest, judged totally blind, were women (congratulations ladies!).  D20 had it right: girl geeks come in every shape, color, and age you can think of. Here's a sample of the ladies who weren't cosplaying. 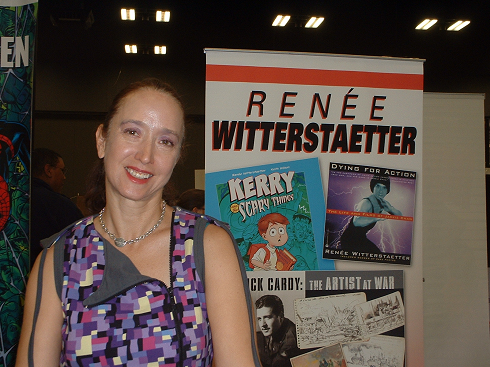 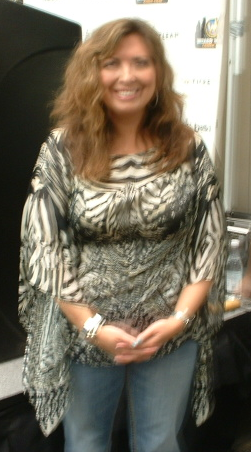 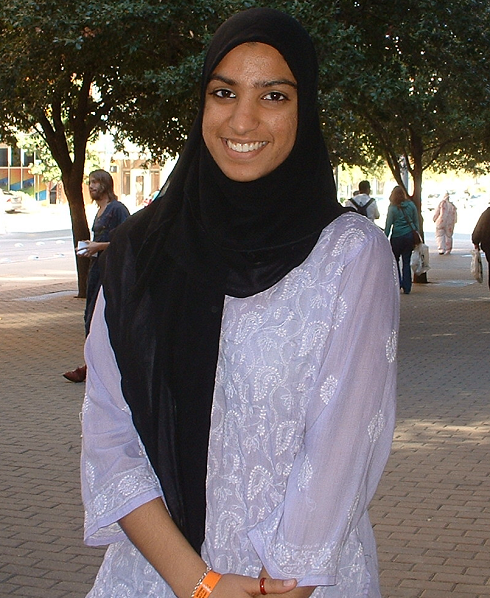 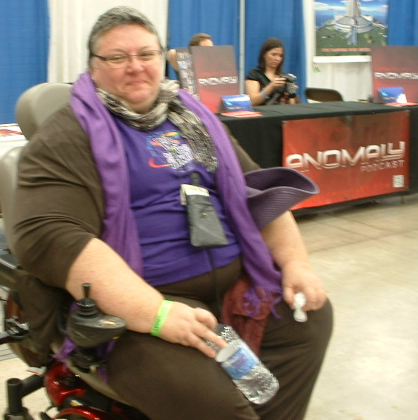 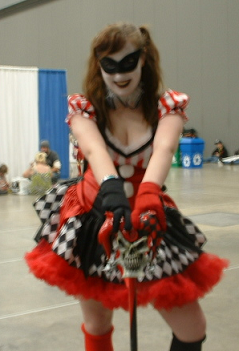 Just one day left: don't be afraid to come out and join the fun!