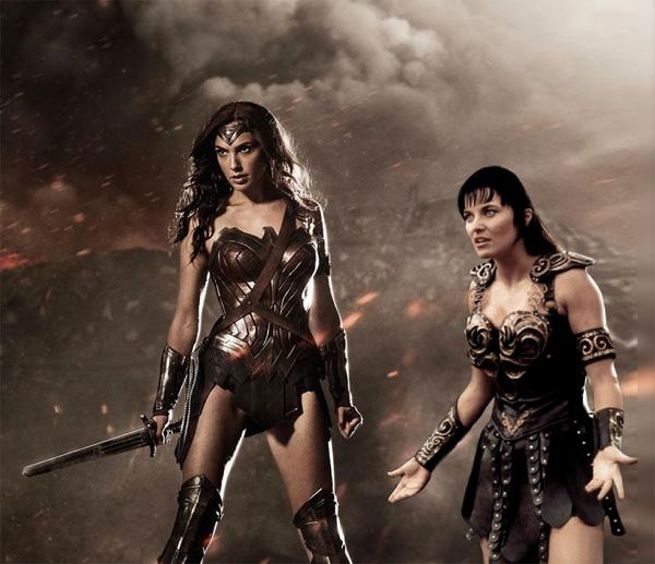 On Saturday, Batman V. Superman: Dawn of Justice director Zack Snyder showed fans the first picture of Gal Gadot as the big screen Wonder Woman, which has inspired a ton of Internet memes. Many of the Wonder Woman memes revolve around how much the new costume looks very similar to the costume worn by Xena: Warrior Princess. We've embedded some of the best Wonder Woman memes below.

Just sent to me by Carpe Chakram message from #Xena to new #WonderWoman. Heh pic.twitter.com/a3SPwE6cqX

Is it just us or does the new Wonder Woman look EXACTLY like Xena the Warrior Princess? https://t.co/llnZENyyhh pic.twitter.com/roRoOmC9Sj