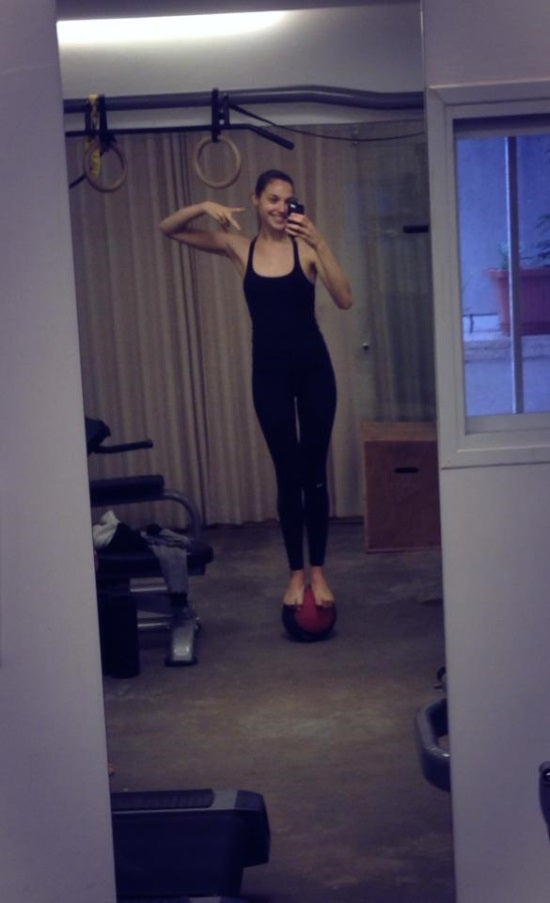 Gal Gadot, who will play Wonder Woman in Batman vs. Superman, has posted another picture from her training for the film. She previously posted a picture showing off her muscles, but this picture seems to show off her agility. Gadot stands barefoot on a ball while throwing up a peace sign with one hand and snapping the picture of herself with the other. The photo was posted on Gadot's Facebook page with the status update "Selfi while standing on a ball. Now tell me this is not original! Good morning!!!" Actors are known to undergo stunning transformations for roles in superhero movies, so many are interested to see what kind of shape Gadot will end up in by the time her training is over. Batman vs. Superman is scheduled to arrive in theaters May 6, 2016.