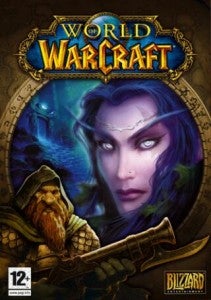 In addition to his duties with the Spider-Man film franchise, director Sam Raimi has been named as the leader of the big-screen adaptation of the massively popular World of Warcraft online game. A live-action version of the multiplayer game, where participants can take on the guise of an orc, dwarf, human or other creature. The film, produced in conjunction with Raimi's Atlas Entertainment, Warner Bros. and Legendary Pictures, will be fashioned in a way that follows a quest, in the hopes that this will lead to a film franchise and multiple sequels. Charles Roven, who has already leant a magical touch to The Dark Knight, will help with production, and if all goes according to plan, the film will see a 2012 release. Blizzard Entertainment, the company responsible for the game, expressed excitement with Raimi behind the helm, with chief operating officer Paul Sams telling E! Online, "From our first conversation with Sam, we could tell he was the perfect choice. Sam knows how to simultaneously satisfy the enthusiasts and the mainstream audience that might be experiencing that content for the first time. We're looking forward to working with him to achieve that here." With his established work with Spider-Man, Evil Dead and his most recent work Drag Me to Hell, Raimi knows how to multi-task with several irons in the fire at once. Guilds everywhere could be rejoicing as we speak!

World of Warcraft Film to be Directed by Sam Raimi