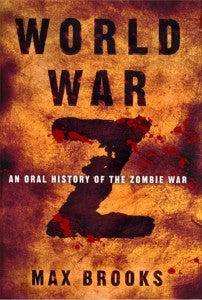 It's a teaser of a trailer, but as teaser trailers go it looks pretty epic. World War Z has been in the works for quite awhile, and ETonline has released the first sneak preview of the full trailer, which is set to be released on Thursday. Here's the basic plot of World War Z: Brad Pitt versus an army of zombies. And that combined with this footage which shows probably the largest collection of zombies we've ever seen is probably pretty much all you need to know. In most zombie movies, the zombies tend to attack one at a time or in small groups, but World War Z presents the zombies almost like a tidal wave. World War Z is based on a book written by Max Brooks. With The Walking Dead currently attracting a record number of viewers, World War Z could have good timing in releasing their movie this summer (after The Walking Dead season wraps up and people are going through zombie withdrawals). World War z is directed by Marc Forster, and the film is set to be released in theaters on June 21, 2013.