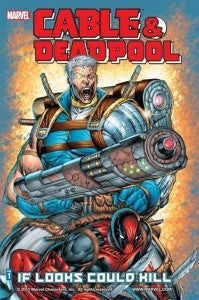 With an X-Force movie now confirmed to be in development, many fans have been wondering what version of the X-Force will be making it to the big screen. The original X-Force team included Boom Boom, Cable, Cannonball, Domino, Feral, Shatterstar and Warpath. Deadpool was also featured in early issues of the X-Force. Throughout the years, various versions of the X-Force have had different team members. Some have speculated that the current Uncanny X-Force which features Psylocke, Storm, Puck, Cluster, Fantomex and Spiral could be the focus of an X-Force movie. Others have pointed to Peter Milligan and Mike Allred's X-Statix version of the team, which made mutants into media superstars. However, X-Force creator Rob Liefeld, who earlier confirmed that an X-Force movie was in development, has also clarified at least two of the teams members that will be featured. Rob Liefeld tweeted, "I can pretty much eliminate some sites suggestion that the Milligan X-Statix stuff is in the mix. An X-Force film is Cable. Is Deadpool." As far as who will play the roles of Cable and Deadpool, Rob Liefeld tweeted, "Ryan Reynolds IS DEADPOOL! Cable could be many..."