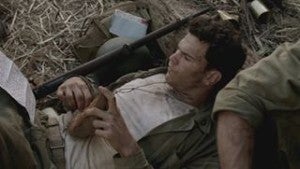 Josh Helman, who played Jeb in Jack Reacher, has been cast in X-Men: Days of Future Past as...well, nobody's quite sure. The Wrap reports that the Australian actor's role in the movie is being kept secret, but "may prove significant given that the actor is expected on set for several weeks." In X-Men: Days of Future Past, X-Men and X2: X-Men United director Bryan Singer comes back to unite the actors from those films with the cast from X-Men: First Class, the critically-acclaimed reboot starring James McAvoy, Michael Fassbender and Jennifer Lawrence. X-Men Days Of Future Past is scheduled to open at movie theaters in the United States on July 18, 2014.