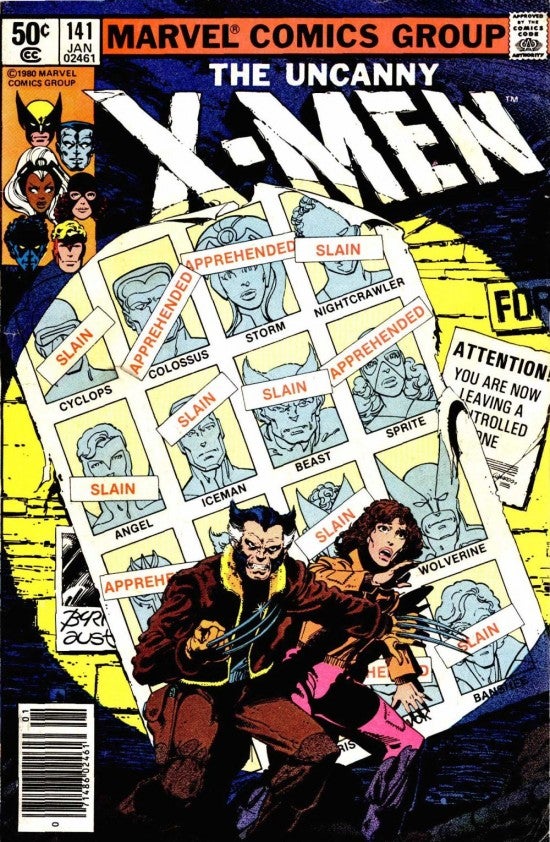 While X-Men: Days of Future Past is one of a new crop of superhero film adaptations that strives to film a particular, fan-favorite story directly from the comics (see also: Captain America: The Winter Soldier), it's the second one this year to take some pretty major liberties with that source material. The most obvious and notable one -- and the change that some fans have been gnashing their teeth over -- is the decision to make Wolverine the time-traveler rather than Kitty Pryde, who served that role in the comics. Keeping her relevant to the story, Ellen Page returned to reprise her role as Shadowcat from X-Men: The Last Stand, and used her powers to actually send Wolverine's consciousness back in time. While the film has generally been very well-received by both critics and fans, this particular change has raised some hackles, particularly because some have viewed it as just another in a long line of examples of Wolverine stealing the spotlight from other members of the team because the character is marketable and popular. Talking to Film Divider about the film, writer Simon Kinberg actually explained that it's less about Wolverine personally and more about the relationship that he had with Professor X. "[Wolverine] could now mentor Xavier the way Xavier had mentored him," Kinberg offered. "This idea was extraordinarily rich to me. There was something so resonant and ironic about that relationship. Not only do we logically have an explanation, we have emotional justification for why we'd make such a big change. Kitty really has no level of relationship, the same debt to Professor Xavier. Telling this version of the story with her wouldn't have had the same gravity." Some observers have also noted that Kitty, one of the youngest members of the Singer X-Men, might also have trouble projecting back into her consciousness in the '70s since Ellen Page isn't actually that old and the character was depicted as a kid during the previous trilogy...but when you're dealing with a science as theoretical and fanciful as time travel, it seems that's a fairly minor issue to overcome.