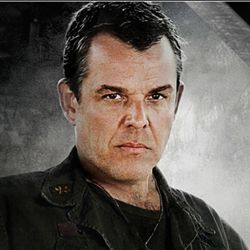 With the highly-anticipated release of X-Men Origins: Wolverine on May 1st, many fans will be flocking to see plenty of ass-kicking and claw-slashing from the hero of the piece, but they're also going to be seeing several well-known and not-so-well-known members of the X-Men universe, some of which will hit the screen for the first time ever.

In this two-part series, we will give you a Cliff's Notes origins for several characters in the movie, based on their Marvel universe roots.

William Stryker - Religious fanatics owe Stryker a debt of gratitude. Considering himself one of God's "chosen" to help wipe out the mutant population, Stryker led the group the Purifiers in several heinous acts against mutants, which brought him into direct conflict with Charles Xavier and the X-Men. His beliefs even led him to kill his own wife and child, the child having been born a mutant. Ever since his first appearance in the X-Men special God Loves, Man Kills, he has been a psychotic and dangerous presence in the lives of the few remaining mutants on Earth. Stryker will be played by Danny Huston.

- Appearing in Wolverine comics in the late 1980's, Silver Fox has had a shadowy origin. Originally thought raped and killed by Sabretooth, Logan's lover strangely reappeared, this time running a section of the criminal organization HYDRA. Were the memories of her death true or induced in Wolverine's memory? Obviously she's alive, but what about their relationship? Logan finds evidence of their union as the series progresses, and she is often cited as one of Wolverine's more prominent love interests of the series' run. Kayla Silverfox will be played by Lynn Collins.

- One of the X-Men's oldest, and weightiest, villains makes the jump to the big screen this week. Fred Dukes was an overweight teenager working in a sideshow when Charles Xavier contacted him about his mutant powers, namely his ability to be immovable, nearly impenetrable and super-strong. He spent most of his life engaged in petty crime and as a member of groups such as the Brotherhood of Evil Mutants and in battle with the X-Men, the Avengers and even the Hulk. His powers made him a formidable opponent, able to withstand most attacks against him. The Blob will be played by Kevin Durand.

- Perhaps one of the most highly anticipated characters of this film, Gambit emerged in the X-Men comics series in early 1990 as a shadowy former thief with the power to manipulate and use kinetic energy. Thought early on to be the "traitor" in the X-Man Bishop's version of the future, he was under heavy scrutiny. His weapon of choice has always been a deck of playing cards, and his southern Louisiana charm has more than once been used to his advantage in battle and in romance. Gambit will be played by Taylor Kitsch.

Stay tuned for our next four characters in part two of this article!

X-Men Origins: Wolverine - Who Else is in the Movie?