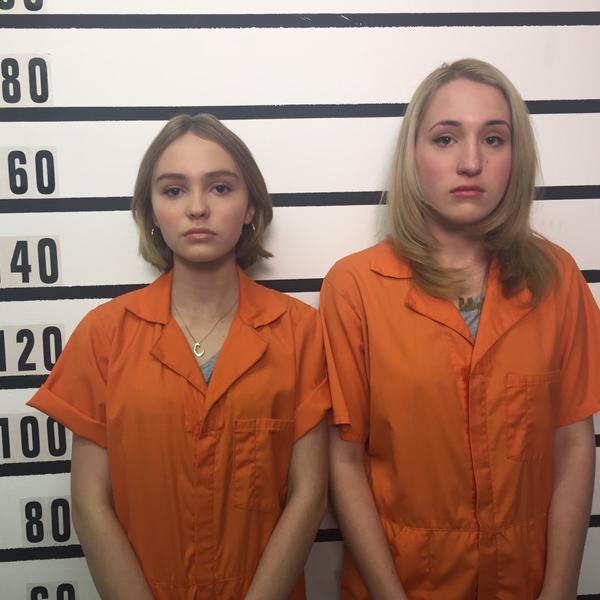 Jennifer Schwalbach, a frequent producer of and performer in Kevin Smith's films in addition to being his wife and the mother of Yoga Hosers star Harley Quinn Smith, just tweeted out a shot from the movie, confirming our suspicions that the film's two main characters will be arrested at some point in the story.

You can see the image above, which features "The Colleens," played by Harley Quinn Smith and Lily-Rose Depp, and the tweet from Schwalbach below.

The orange jumpsuits had been noticeable in an official image Kevin Smith, who is directing the film, released earlier this week. That image featured Johnny Depp's character from Tusk returning to confer with the girls.

This will certainly be my "Yoga Hosers" first and only mug shot. Harley Quinn and Lily-Rose, I mean the "COLLEENS." pic.twitter.com/faKzKNS4cX

There's no exact release date yet for Yoga Hosers, and Smith has a busy year ahead of him; after completing this project, he hopes to both shoot and release Clerks III and begin work on his long-delayed TV project Hit Somebody.