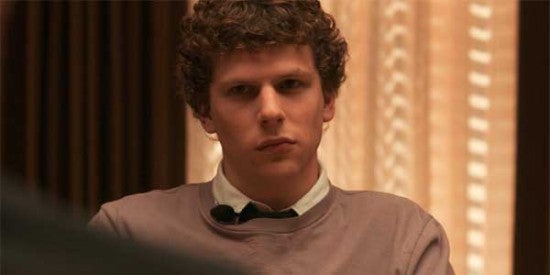 Some fans have been wondering what Warner Bros. may have been thinking when they decided to cast the young Jesse Eisenberg in the role of villainous mastermind Lex Luthor for the upcoming Batman vs. Superman film. According to The Hollywood Reporter, it likely has to do with the studio deciding to follow the character's modern origin, where he and a young Clark Kent were friends in their early years. That version of the character's origin was part of the Smallville television series and the Superman: Secret Origin graphic novel. The 30-year-old Eisenberg matches the age of current film Superman Henry Cavill, so the friendship makes sense chronologically. This seems to have been the plan from the beginning, with similarly aged Adam Driver and Joaquin Phoenix having also been approached, while other, older actors rumored to be in contention – Bryan Cranston and Tom Hanks – were never actually considered. Despite what the numerous rumors may suggest, director Zack Snyder is actually only talking to a very limited number of actors for any given roll, chosen from a short wish list. Still no word on whether or not Eisenberg will lose his hair for the role. Batman vs. Superman is currently scheduled to hit theaters May 6, 2016.